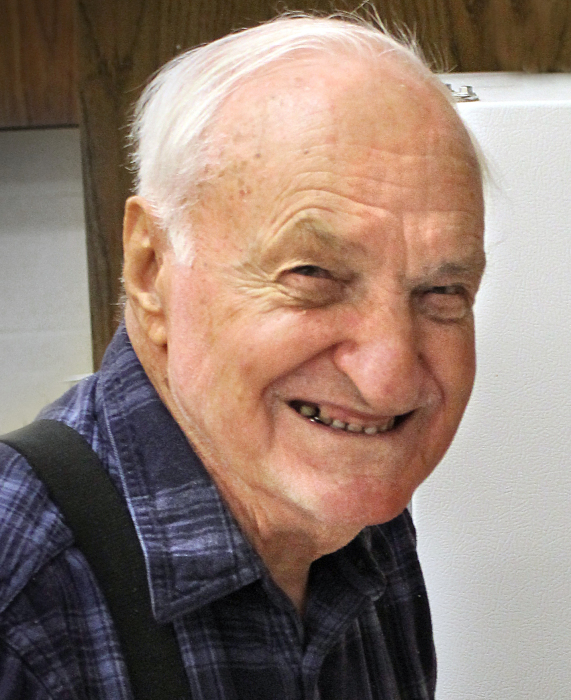 Robert Carl Hall passed away on June 12, 2019 at his home in Fillmore, Utah.  He was born on October 27, 1927 in Pisgah, Iowa to William Millhouse Hall and Gertrude Ann Clark.  He married Vaudis E. Mangum on August 30, 1947 in Elko, Nevada.  Their marriage was later solemnized in the Manti, Utah Temple.

Bob grew up during the Great Depression, working on his family’s Iowa farm.  He was the eleventh of thirteen children, and would be the only one in his family to join the Church of Jesus Christ of Latter-day Saints.  As soon as he was old enough to enlist, Bob joined the U.S. Army, trained as a weather man, and served as part of the United States occupation force in Japan and China at the conclusion of World War II.

When he returned home, Bob married his sweetheart Vaudis, who was the younger sister of his best friend Garth.  But because none of their parents approved of the wedding, they eloped to Elko, returned to Utah and kept their marriage a secret, each living at home till Bob could scrape up enough money to buy a small trailer where they began their life together.  He earned a living working as an independent contractor in a time when contractors performed every aspect of construction themselves, hands-on.  Eventually he became successful enough to hold his own contracts, providing an opportunity to many who would have been unable to buy homes on their own.  While living in Orem he helped construct a meetinghouse for his own church, as well as two more chapels for other denominations.

Bob and Vaudis served construction missions for the Church in Bandon, Oregon and the Truck Islands.  They also traveled widely on their own, visiting countries in all but one continent.  New Zealand was their favorite destination.

After losing Vaudis to a tragic automobile accident in November of 1991, Bob went on to serve two more missions.  He worked pouring concrete at the Church Visitor Center in Nauvoo, Illinois, and served as a tour guide at Utah’s Cove Fort historical site.   By then he had moved to Fillmore, Utah, where he continued helping friends and neighbors with local construction projects.

A viewing will take place on Monday, July 1 from 6:00 – 8:00 PM at the Olpin Stevens Funeral Home in Fillmore, Utah.  A second viewing will take place on July 2 from 10:00 – 11:30 AM at the Suncrest Third Ward Chapel, 90 North 600 West, Orem, Utah, to be followed by a funeral service there at noon.  Interment will be in the Orem City Cemetery under the care of Olpin Stevens Funeral Home.  Online condolences can be offered at www.olpinstevensfuneralhome.com.

To order memorial trees or send flowers to the family in memory of Robert Carl Hall, please visit our flower store.