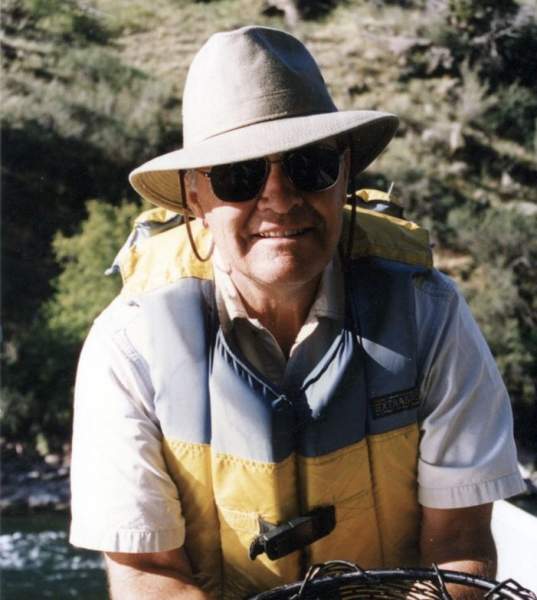 Ronald Garn Hone passed away on September 10, 2021. Ron was 88 years old at the time of his passing, following his beloved wife Bonnie Edwards Hone.

Ron lived his young life in Fillmore, Utah. He loved to share his stories of riding his horse in the canyon, fishing with his brothers, his loving parents and sisters and of course, being one of the stars on the Fillmore Eagle’s football team.

Ron married his high school sweetheart on October 7, 1953. Their young life included army service in Germany and then a degree from the University of Utah. With a wife and four young daughters he began his professional life teaching high school English. That was followed very closely with a career at Harman’s KFC that included moves to various states and job opportunities. After a very successful career in the restaurant industry Ron retired to Polson, Montana. He had many happy years with Bonnie that included fly fishing, gardening, traveling and golfing.

In the last year of his life, he and Bonnie returned to Fillmore. He loved being back home and reconnecting with family and friends. He is survived by his four daughters, Ronda McQuade and husband Ronnie Garner, Laura Hone, Stephanie Hone and Jennifer Friedman and husband Jeff. Also, his beloved grandchildren, Jamie McQuade, Laura Gallegos and husband Ben, Ronnie McQuade and wife Angela, Logan Garner, Travis Garner and partner Jenna, Joe Sledzieski, Steve Sledzieski and partner Chani, Erica Callahan and husband Brian, and Carly Friedman as well as six great grandchildren. He is also survived by his brothers and sisters, Barbara MacLeod, Rebecca Hone Clements, Steve Hone and wife JoDell, Gary Hone and wife Diana and Don Hone and wife Sandra.
Services will be held Saturday, October 2 at 11am at the LDS Church, First Ward, 330 East 500 South in Fillmore, Utah. Followed by a graveside service at the Meadow Cemetery. Online condolences can be offered at www.olpinstevensfuneralhome.com.

To order memorial trees or send flowers to the family in memory of Ronald Garn Hone, please visit our flower store.