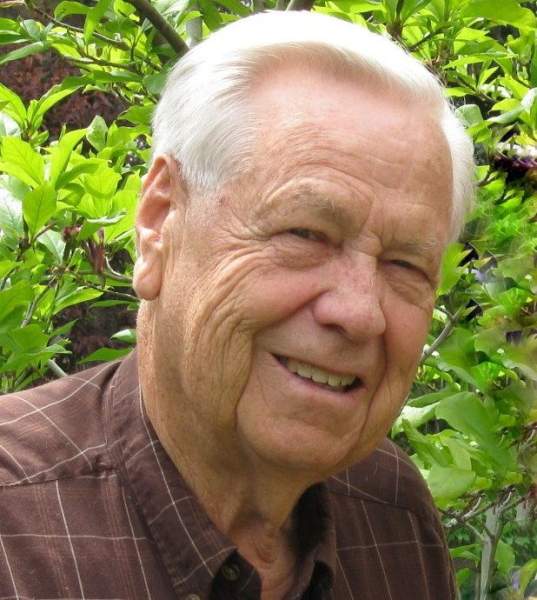 Scott O Squire, 88, of Orem passed away peacefully in his home on Thursday, February 17, 2022. He was born November 12, 1933 in LaVerkin, Utah to Loren D. and Amelia Sanders Squire. He was the 7th boy in a row and they were hoping for a girl, so his parents named him with the initials SOS, the universal distress signal. It worked because they had 2 daughters afterwards! He graduated from Dixie Junior College then served an LDS mission in Western Canada. Afterwards he graduated from BYU and signed up for a job teaching at a junior high in East Carbon. This is where he met his sweetheart, Arva Dean "Deanie" Ellett and they were married on June 10, 1961, in the LDS Manti temple.

Later they moved to Orem where he taught science at Lakeridge Junior High. He was a well-liked teacher, known for his fun science experiments. He was a teacher for 37 years!  During the summer he was a tour guide at Timpanogas Cave, which he enjoyed for 26 years!  He used his science skills and enthusiasm to capture the minds and hearts of many who toured the cave. He loved the outdoors; fishing, hunting & camping with his brothers and sons. He had a green thumb and grew a beautiful and plentiful garden every year that he would share with everyone.

After retirement he spent several years taking care of his wife's aged parents. He was always very supportive and loving of Deanie. He was a faithful member of the LDS church and served in many callings. He was always willing to serve anyone in need. He had a great sense of humor, and was always quick to crack a joke or show his grandkids a magic trick.

Funeral Services will be held Thursday, February 24, 2022, at 11 a.m. in the Hillcrest 4th Ward LDS Chapel located at 440 E. 800 S. in Orem, Utah. A viewing for family and friends will be held on Thursday just prior to the service from 9:30 to 10:30 a.m. at the church. Burial and Graveside service will be at the Orem City Cemetery.

To order memorial trees or send flowers to the family in memory of Scott O Squire, please visit our flower store.