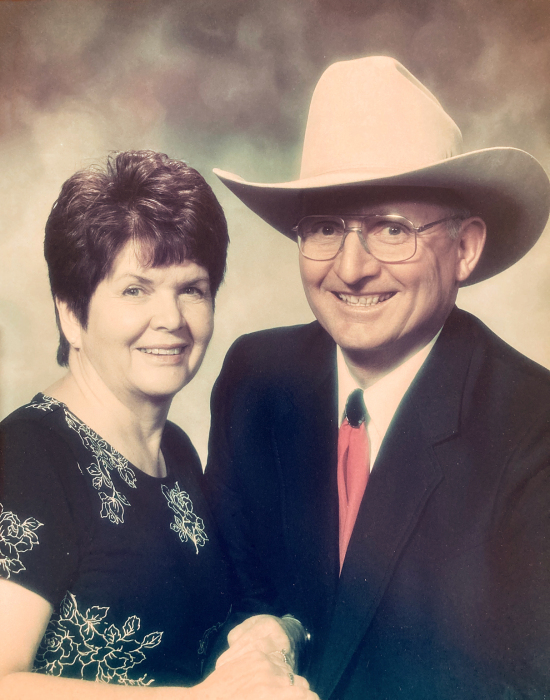 Scott Harvey Watts, 77, passed away holding hands with his eternal sweetheart on Friday January 15, 2021 at Utah Valley Hospital in Provo Utah.  Scott was born on August 29, 1943 in Richfield Utah. He was the second child of Milo Watts and Cleown Winget Watts.  He grew up in Kanosh Utah where he spent his time farming, training horses and fixing motors.  He graduated from Millard High School in 1961, and then went on to graduate from Provo Tech College where he studied to be a diesel mechanic.  He married Claudia Elliott on July 11, 1963, and together they had four children: Danny, Shirley, Daril and Luke.  They later divorced.  On August 29, 1987, he married the love of his life, Myrna McInelly. When they married, Scott opened his heart to her five children and loved them as his own.  Together they built a life that they loved raising pigs, growing gardens, and being with friends and family.  They were sealed together for time and all eternity on May 4, 2019 in the Manti temple, where they had previously served as temple workers for nearly four years.

Scott spent his life working with his hands in various types of professions.  After he retired from the power plant in Sulpherdale, he then went to work in his own shop as a diesel mechanic.  It was often said of him that he could figure out how to make anything work if he thought about it for two minutes.  He was a faithful member of the Church of Jesus Christ of Latter Day Saints, where he served in many callings including 2nd counselor in the Kanosh Ward Bishopric.

Everyone who was around Scott knew how happy, kind and loving he was.  He loved to laugh and tell a good story!  He had the biggest heart and never had an unkind word to say about anyone.  He loved to read, shoot guns, and spend time in the mountains.

He is preceded in death by his parents Milo and Cleown Watts, his sister-in-law Vicki Watts, daughter-in-law Brenda Barker, and great grandson Zander Barker.

Funeral services will be January 30, 2021 at 1:00 pm in the Kanosh LDS Meeting House. A viewing will be held where friends and family can pay their last respects from 10:00 am till 12:00 pm earlier that day.  Please wear a mask and abide by all social distancing guidelines. Interment will be in the Kanosh Cemetery under the direction of Olpin Stevens Funeral Home.  Online condolences can be expressed at www.olpinstevensfuneralhome.com.  link to the stream is: https://youtu.be/SNG3wIbx9C4

To order memorial trees or send flowers to the family in memory of Scott Harvey Watts, please visit our flower store.