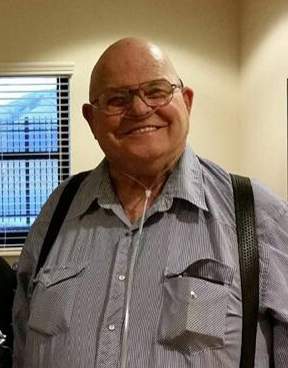 Stanley L. Black passed away April 2 2016 at the Utah Veteran Home in Payson, Utah after a lingering illness. Stanley was born January 25 1932 to Lucian and Deona Church Black. He grew up in Delta with many relatives and friends. He was active in Delta High School with lead parts in many musicals and plays. He played football and was a prize boxer. Stan joined the Navy after graduation and served four years active duty and another four years in the Reserves. Stan married Delores Phelps in l952 and they had two daughters: Sandra Lee Feragon and Sammy Kay Martineau.

After he and Deloris divorced, Stan married Betty Fox in 1959 in Montana where he was working in the timber. They moved back to Utah and Stan worked for Dearden Land and Livestock on the Utah Nevada border until 1980. Stan and Betty moved back to Oregon where he worked on a big cattle ranch, then a guest ranch where he entertained guests singing in the evenings. Betty died in l984 and Stanley moved back to Delta where he lovingly cared for his invalid mother until her death in 2002.

Stan enjoyed the American Legion and always took part in their activities, often singing solos. He was named Commander in April of l992 and served faithfully.

Stanley was active in the LDS Church where he served as the Priesthood Chorister for several years. He also served two mission calls to Cove Fort which he enjoyed very much. Stan worked as a security guard at IPP power plant for 15 year. He loved this area, his many friends and relations. He loved the west desert, loved to fish, hunt, ride horses, visit and sing.

In 2015 Stanley moved to the Utah Veterans Home in Payson which he enjoyed. He was elected as President of the Residents because of his friendliness and knowing every patient.

Funeral Services will be held Monday, April 11, 2016  at 1:00 pm in the Delta 1st Ward Chapel.  A viewing will be held prior to the funeral from 11:30 am to 12:30 pm.  internment will be at the Delta City Cemetery under the care of Olpin Stevens Funeral Home.  Online condolences can be offered at www.olpinstevensfuneralhome.com

To order memorial trees or send flowers to the family in memory of Stanley Lucian Black, please visit our flower store.