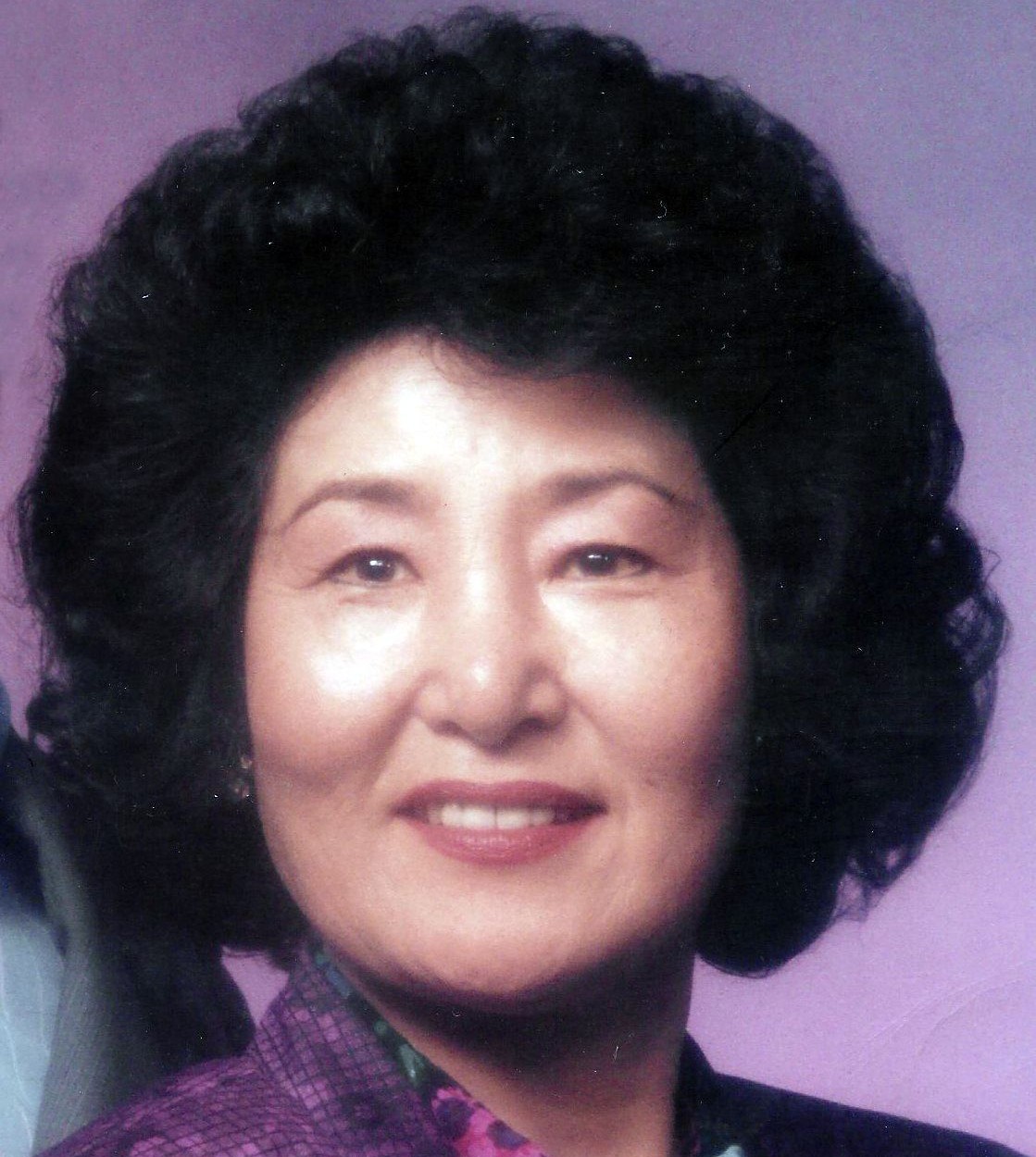 Sunhe grew up in a Korean farming village. As a girl she loved school but when the Korean war broke out in 1950, her school education ended. After the war she was able to set up a small cosmetic business in Seoul and supported her parents and siblings.

She came to the USA in 1967 by herself, leaving her young daughter, Jana, with her mother. Although she didn't speak any English she crossed the country by bus to find an old friend she knew lived in Phoenix. There she worked in a restaurant and then worked as a maid in Scottsdale. Always ready to dive in, she set out for a walk one day and ended up on top of Camelback Mountain.

Sunhe married George Sizemore and sponsored her daughter to come to the US. She divorced George in 1977 and married Jim Ashurst in 1978. She loved to get outdoors and hike, fish, or campout. They bought a canoe and went on many fishing trips with it. Later they moved to Henderson Nevada when Jim went to work at Hoover Dam. They moved back to Goodyear in 2004. Sunhe was a wonderful cook, especially when she would make her Korean food. She had a lot of Korean friends in the area. The Women loved to get together, make mounds of the most delicious food, sing and dance using spoons on the tables as drums.

She leaves behind husband Jim, Daughter Jana, and grandson David as well as her sister who lives in Scottsdale. She also leaves two sisters in Korea. Details and pictures can be found on Sunhe Ashurst Facebook page.

There will be a Memorial Luncheon at the Seoul BBQ restaurant in Phoenix on September 13 at noon. Graveside services will be at the Fillmore City Cemetery in Fillmore, Utah on September 24th at 1:00 PM.

To order memorial trees or send flowers to the family in memory of Sunhe Lee Ashurst, please visit our flower store.