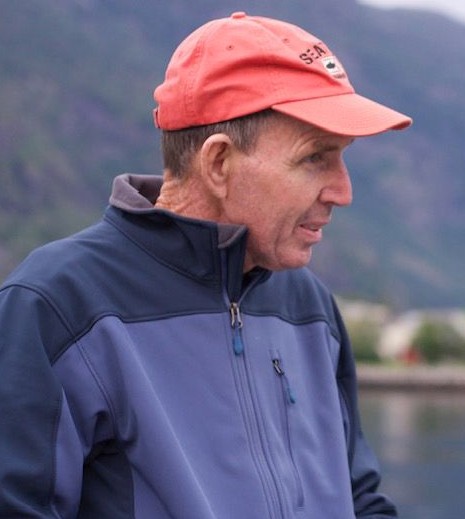 Our beloved father, husband, grandfather, and brother, Thomas Judd Ashton, passed away peacefully on November 29, 2021, at the age of 71.

Tom was born in Hollywood, California on April 5, 1950, to Jed L. and Norma Jean Ashton. He was the 2nd of 12 children. Tom spent his early years in Blackfoot, Idaho, and Ojai, California where he learned his love for hard work and his appreciation for the beauty of the outdoors. Tom graduated from Nordhoff high school in 1968. In 1969, he served a mission for the Church of Jesus Christ of Latter-day Saints in Norway, and maintained a love for the people and language his whole life. Tom received a Bachelor's Degree in Horticulture from California Polytechnic State University in San Luis Obispo.

In 1976 Tom met and fell in love with Sheila Haire at a Latter-day Saint ward in Encinitas, California and they were married May 28, 1982 for time and all eternity in the Los Angeles temple.

After living in Encinitas and Escondido, in 1989 Tom and Sheila settled in the beautiful hills of Ramona, California. Tom owned his own business and worked for 40 years as a landscape contractor, where he was able to work outside among the trees and plants that he loved.

Tom was a faithful member of the Church of Jesus Christ of Latter-day Saints. He followed the Savior’s example of humility, service, and charity. Everyone who knew Tom could feel his devotion to becoming a disciple of Jesus Christ. He served in many capacities in the church, including seminary principal and a counselor in the bishopric. Tom also dedicated his landscaping talents to the Wildwood Ranch Camp in Ramona, where he worked as long as he was physically able, and had a garden named in his honor.

Tom and Sheila are the parents of seven children. Tom worked hard to provide opportunities for his family and led them with his example of love, humility, faith, and hard work.

Funeral services will be held this Thursday, December 2, 2021, at 6:00 p.m. at Ramona LDS church building at 527 9th St. A viewing will be held at 5pm prior to the funeral. The interment will be in the Fillmore City cemetery in Fillmore, Utah, on Saturday, December 4, 2021, with a graveside service at 3pm.

To order memorial trees or send flowers to the family in memory of Thomas Judd Ashton, please visit our flower store.