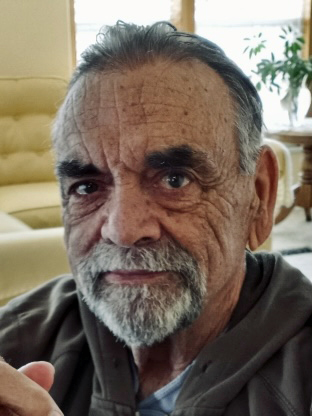 Thomas Gerald Suwyn, 77, died on June 3, 2021, at home in Oak City, Utah, after a long struggle with Parkinson’s Disease. Tom was born on March 2, 1944, in Denver, Colorado, to Wilbert John and Betty Lou English Suwyn. He was raised in Southern California, the eldest of six children. Tom married Rosalyn Frances Loving on November 11, 1966. Above all, Tom was a kind and gentle man and his devotion to God was evident in the life he lived. While raising a family of five boys, Tom and Rosalyn joined the Church of Jesus Christ of Latter-day Saints. He was a faithful member and served in various callings throughout his life. Tom taught his sons to have faith, work hard, and have fun. Together, they enjoyed football, wrestling, hunting, fishing and dutch-oven cooking. Their lives were touched by tragedy when his son Chet Jeremy died in an accident in 1991, and again when Rosalyn passed away in 1997. Tom met Sara Rae Finlinson when they were set up on a blind date. They felt an instant connection and married on September 27, 1997. After several years of marriage, they settled in her home town of Oak City. Tom loved life in Oak City, where he raised chickens, pigs, and cows, kept horses, grew a productive vegetable garden, and was a beloved member of the community. Tom lived a life of serving others. In his younger years, he served in the Marine Corp, worked as a technician in California state mental institutions, and mentored at-risk youth in Idaho. He ultimately found his calling in Wildland Fire Management, where he enjoyed a 30+ year career. During his time with the BLM, he mentored many young firefighters and was respected and loved by all who worked with him. At the pinnacle of his career, Tom was the Incident Commander of his own team of firefighters, Suwyn’s Type II Fire Team. For more than a decade, they fought many large wildfires throughout the Western United States. Tom saw his work as more than just fighting fires, it was an opportunity to support others in the development and advancement of their own careers. Tom’s family thanks nurses Sherri and Rebecca for the kind and gentle care they provided him in the final months of his life. Tom is survived by his wife, Sara Rae Suwyn; children, Troy (Sarah) Suwyn, Huntington, UT; Nicholas (Julie) Suwyn, Peoria, AZ; Joshua (Tobi) Suwyn, St. George, UT; Micah (April) Suwyn, Hurricane, UT; Calee (Brian) Jackson, Oak City, UT; Jim (Emily) Burraston, Spanish Fork, UT; Cassie (Matt) Porter, Spanish Fork, UT; Jace Burraston, Spanish Fork, UT; sisters, Cheryl and Patti; brothers, Bob and Gary; 28 grandchildren and 7 great-grandchildren. He was preceded in death by his wife, Rosalyn Suwyn; son, Chet Suwyn; grandchildren, Abram Scott Perrill and Skyah Natelle Suwyn; great-granddaughter, Adeline Suwyn; brother, Kendall Suwyn; and brother-in-law, Bill Boeck. Funeral services will be held at the Oak City meetinghouse of The Church of Jesus Christ of Latter-day Saints on Wednesday, June 9, 2021, at 12:00 p.m. A viewing will be held from 9:30 to 11:30 a.m., prior to services. Interment will be at the Oak City cemetery.  Online condolences can be offered at www.olpinstevensfuneralhome.com  Recording of Service  Service Program Click to download / open
To order memorial trees or send flowers to the family in memory of Thomas Suwyn, please visit our flower store.