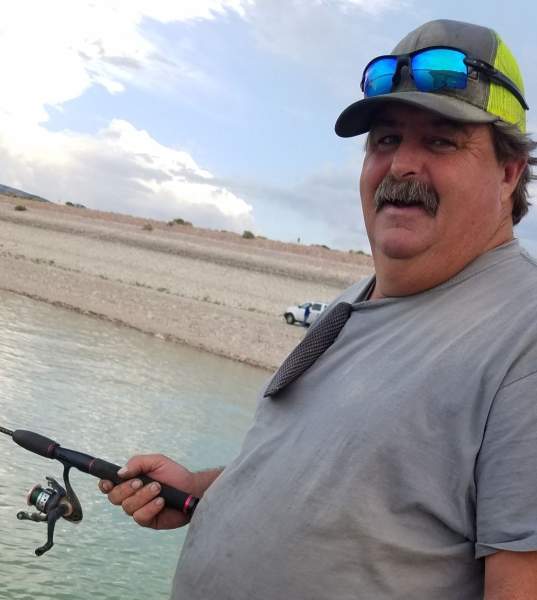 Toby Dan Russell age 55, passed away on March 22, 2022, at his home in Fillmore Utah.  He was born September 11, 1966, to Philip Daniel Russell and Anna Darlene Hoopes Russell.  As a boy he loved playing little league, riding bikes, and making jumps for them out of anything he could find in the yard. The bikes turned into motorcycles and he used to ride them all over his dad's backlot. He was the baby of the family and only boy, so Cindy and Nancy were sure he was spoiled rotten by their dad. Because of this, they took it upon themselves to pick on him a lot to make up for it; but when it was all said and done, they also spoiled him rotten on his birthday with matchbox cars that they all played with, in the sand pile that their dad made for them. The Russell family camped in the summer for their vacations and Toby continued to camp with his dad, sister, and all of the kids and grandkids. He gained a love of cars from his dad Phil and his grandpa Dan. He loved old muscle cars and he learned to work on engines from his dad and also learned to do body and paintwork. He had even taught one of his nephews what he had learned so he could do body and paintwork on cars too. Toby had a couple of cars that he entered into the car shows, there was a 1971 Plymouth ‘Cuda, and a 1970 Dodge Charger.

He married Kim Paxton on April 28, 1989.  They had one son together Devin Thomas Russell. They later divorced but Devin continued to live with Toby in Fillmore where Toby worked with his dad at Fillmore Garage. Devin and his family were the most important thing in his life so when Devin moved with his family up to Colorado, Toby moved with them. He got a job driving water trucks up there for a few years but eventually, Toby did move back to Fillmore and has been living in Fillmore and working for A1 independent towing as a tow truck driver and dispatcher. His son Devin worked at the same place off and on, as well as two of his nephews Brian and Chris Wight. Toby had been caring for his elderly father for the last few years up until his passing in December. Toby made sure he got his dad to his doctor's appointments up north and took the time to take him fishing and helped him with his yard.  Devin and his wife Jessica and their family were living with him at this time as well. They were a multi-generational family under one roof.

Toby will be missed by all of his family very much.

Toby is survived by his son Devin (Jessica) Russell, a step-daughter Jennifer Garcia, his grandchildren Danni, Colby, and Ryklyn. his sister Nancy Wight and 3 nephews and 2 nieces. He is preceded in death by his parents Phillip and Darlene Russell, his sister Cindy Higham, brother Tracy, and a baby daughter Kelly.

Graveside services will be held Monday, March 28, 2022 at 11:00 AM in the Fillmore City Cemetery.  A Viewing will be held prior to the graveside from 9:30 to 10:30 AM at Olpin Stevens Funeral Home, Fillmore, UT.  Online condolences can be offered at www.olpinstevensfuneralhome.com.

To order memorial trees or send flowers to the family in memory of Toby Dan Russell, please visit our flower store.