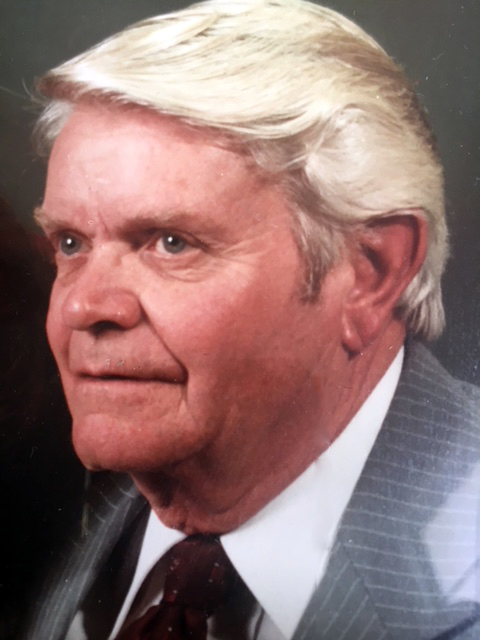 LaVerkin Utah, Ward Dowen Newby, 95, passed away peacefully at home on Sunday June 10th 2018. He was born in Idaho Falls, Idaho on January 17th 1923 to Nathan and Ruth Brown Newby. He married Reveau Christensen in SLC on January 24th 1946. They enjoyed 71 years of marriage.

Ward was the 1st son of 5 children born to Nathan and Ruth Newby. Ward was raised in Idaho in his early years of life. The family then moved to SLC where he attended West High School and later joined the U. S. NAVY. Afterwards he came back to SLC to marry his sweetheart and eternal companion Reveau Christensen. Together they had 4 children. Ward was preceded in death by his siblings.

Ward was a loving, kind and giving man. He was helpful to any and all who needed him. He became a professional baker and owned White Rose Bakery where he enjoyed creating and making pastries and breads.

Internment will be at Kanosh City Cemetery under the care of Olpin Stevens Funeral Home. A luncheon will be served immediately after at the Kanosh Ward House. Online condolences may be expressed at: www.olpinstevensfuneralhome.com

To order memorial trees or send flowers to the family in memory of Ward Dowen Newby, please visit our flower store.