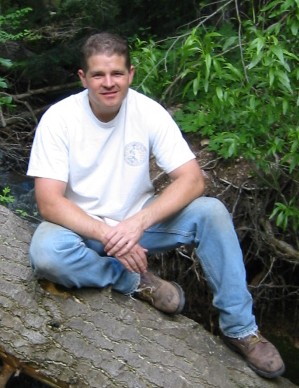 Our beloved William B Mace was born November 22, 1971 in Salt Lake City, Utah. He was the third child of Marlow D Mace and Sally Elizabeth Jeppson Mace. He lived in Fillmore, Utah during his childhood and later moved to Arizona.

Bill was Valedictorian and Music Sterling Scholar at Millard High School where he was actively involved in school activities. His gift for music grew as he participated in the school musicals all four years in a leading role. He loved playing the trumpet, singing in choirs, and performing with his family. He was very competitive in sports and loved basketball, football, and track, and holds the current record for pole vault. He graduated with a Bachelors in Industrial Engineering at University of Arizona and a MBA from Arizona State University. William found his niche at Intel as a industrial engineer and senior supply chain analyst who designed and developed customized data automation and modeling tools.

In 1993 William married the love of his life, Christy Lynn Figueira. They have five children: Michael, Nicholas, Quinten, Brooklyn, and Kevin. In June they celebrated their 24th anniversary. William always said his family was his greatest joy and biggest success. His fondest moments were of his family playing the guitar and singing together. Anyone who entered their home soon found themselves involved in the musical activities of their family.

William was very active in the Church of Jesus Christ of Latter-day Saints. He served an honorable two-year mission for the Church in Anchorage, Alaska, where he found a deep love to serve others. He served in various callings throughout his life. He had a talent for building and working with his hands and loved being outdoors and therefore found great joy for 10 years in the Scouting program. As a member of the bishopric in the Ray 3rd ward, William found a deep love for the members as he served them.

On December 6th William passed from this life surrounded by his wife and children, family and friends. William dedicated his life to God, family and service. He constantly bore his testimony through the life he led. May the Lord bless and keep you, William.

Funeral Services will be held Tuesday, December 12 at the Chandler Arizona Stake Center at 1115 East Ray Road. Viewing begins at 9:30 am, followed by the funeral at 11:00.

A viewing will also be held from 11:00 am to 12:30 pm, Saturday, December 16 at the Olpin Stevens Funeral Home located at 55 West 200 South in Fillmore, Utah. Interment will be in the Fillmore City Cemetery.

To order memorial trees or send flowers to the family in memory of William B Mace, please visit our flower store.