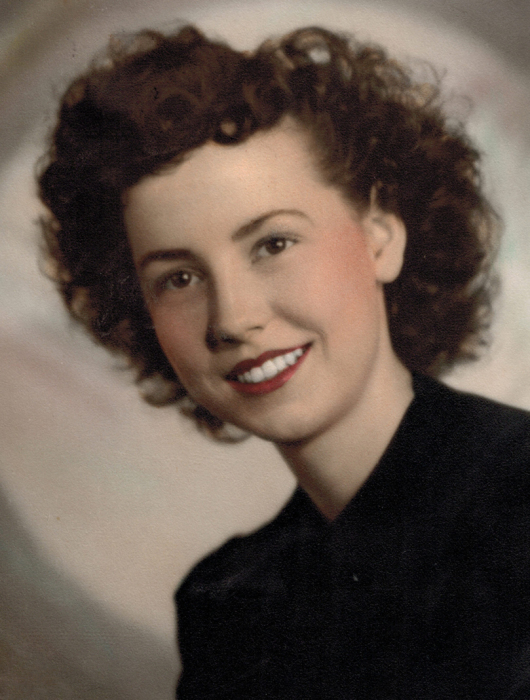 Wilma spent her early life living on a farm in Oasis, Utah. She graduated from Hinckley High School in 1941. After graduation, she went to Salt Lake City where she joined the Cadet Corps to train as a nurse during WWII at the University of Utah. At night she worked at the Remington Arms Plant producing .30 and .50 caliber bullets for the military. It was during this time that she suffered an unfortunate auto/pedestrian accident in October 1944 which resulted in most of her right leg being amputated. In spite of this handicap, she was able to walk with a prosthetic and do many amazing things in her life. She returned to Oasis to live with her parents where she worked for Dr. M. E. Bird at his hospital. Later after her marriage to Eldon in 1949, she lived in Meadow and worked at the new Fillmore hospital, only taking a break to raise her family. She then returned to work at the hospital until she retired in 1988. She is especially remembered for her compassionate care and back rubs she gave as a nurse to traumatized patients.

Wilma was a visiting teacher, primary teacher, and she sold Church magazines, even though she couldn’t drive a car. Later when automatic transmissions were available, she received her driver’s license at age 58, going to classes at Millard High School with the regular high school kids.

Wilma loved cooking, gardening, canning, and sewing. She was a wonderful mother and wife. Her greatest joy was her family. She stressed hard work, thriftiness and generosity to others. She was known for her selflessness.

Wilma is survived by her three children: Mark and Tony, Meadow; and Sandra Holt of Sacramento, California. She is preceded in death by brothers Elmo and Deon, and sisters Mildred Fitch, Beryl Sorensen, and Carol Swensen.

Graveside services will be held Saturday, October 29 at the Meadow Town Cemetery at 12:00 noon. Online condolences can be offered at www.olpinstevensfuneralhome.com

To order memorial trees or send flowers to the family in memory of Wilma Gillen Cowley, please visit our flower store.